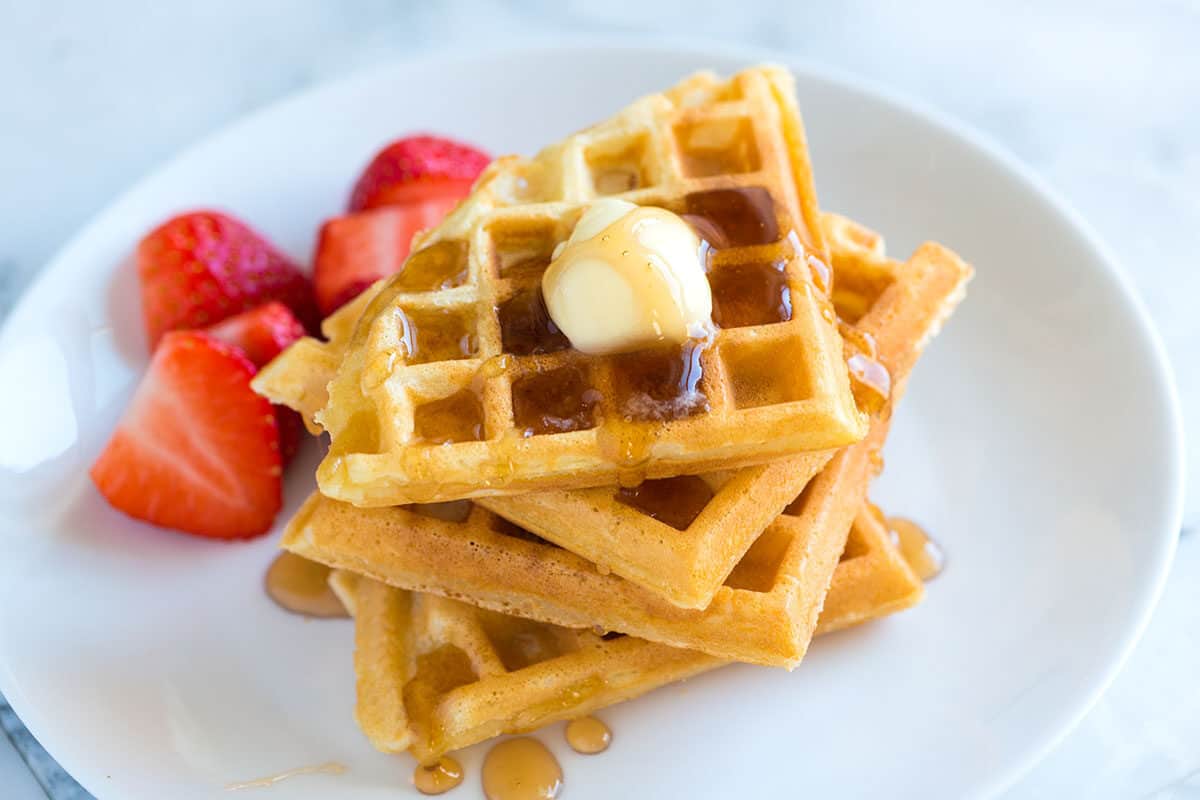 These light and crispy waffles come together quickly. Cornstarch is the secret to crispy waffles. It guarantees that your waffles will be perfectly crisp and tender.

This recipe makes four standard waffles (1/2-inch to 3/4-inch thick). If you want to make thicker Belgian waffles or use a deep waffle iron, you will get closer to three waffles using our recipe below.

Separating the egg is optional but is recommended. We do not do this in the video; however, after years of feedback from readers, we have determined that whipping the egg white thickens the batter slightly and improves the results for deeper waffle irons.

Butter, syrup and/or berries, for serving

Whisk together the flour, cornstarch, salt, baking powder, baking soda, and sugar in a large bowl.

In a separate bowl, whisk the buttermilk, oil, and vanilla extract.

If you separate the egg, add the egg white to another bowl, use a handheld mixer to beat until stiff, and then set aside.

Whisk the milk mixture into the dry ingredients until only small lumps are left. Switch to a rubber spatula and gently fold in the whipped egg whites.

Set the batter aside for five to ten minutes while preparing the waffle iron.

Heat the waffle iron to the highest heat setting.

Cook waffles until golden and crisp, adding enough batter to the waffle iron to fill the entire lower grid. If the waffles look too dark, turn the heat down slightly.

Serve the waffles immediately or keep them warm and crispy on a rack in a 200°F oven until ready to serve. Stacking them outside the oven will cause them to steam and become floppy.