The topping for the apples comes straight out of our popular Apple Crisp recipe. It’s really simple. Just flour, oats, brown sugar, cinnamon and melted butter. You can put it on anything and it would taste amazing, but when you blanket apples with it, it’s insane! If you love cinnamon and apples together, take a look at our Extra Easy Stovetop Cinnamon Apples (15-minute recipe). 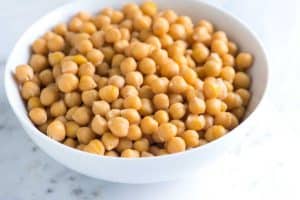 How to soak and cook chickpeas on the stove, in a slow cooker, and using a pressure cooker. We share how to properly store them and a few… Read more 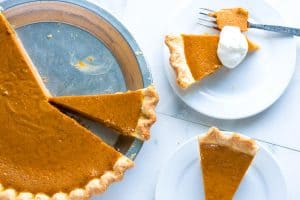 How to make classic, unfussy pumpkin pie from scratch. This is our favorite way to make pumpkin pie. It’s easy, too! Jump to the Homemade Pumpkin Pie Recipe Watch… Read more 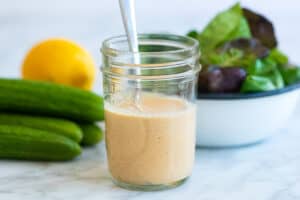 We both love this tahini dressing. Of all the salad dressing recipes we have shared, this tahini-based dressing is the one you will most likely find in our… Read more 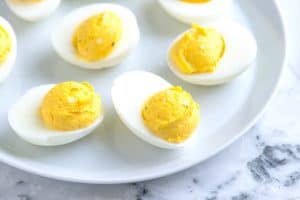 How to Make Perfect Deviled Eggs

How to make the best deviled eggs with mayonnaise, vinegar, and mustard. Plus, suggestions for spicing them up and our best tips for hard boiling eggs. Jump to… Read more 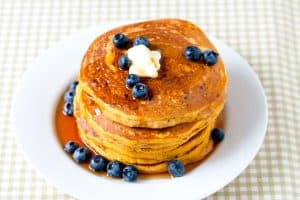 How to make extra fluffy, delicious pumpkin pancakes from scratch. Jump to the Easy Homemade Pumpkin Pancakes Recipe or read on to see our tips for making them… Read more 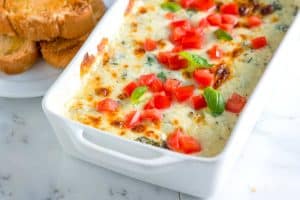 How to make the best baked cheese dip with tomato and basil. Jump to the Tomato Basil Baked Cheese Dip Recipe or read on to see how we… Read more