Our Favorite Potato and Leek Soup

We love this homemade potato and leek soup recipe with butter, leeks, potatoes, stock, and spices. This soup is so creamy and comforting. It is also made without cream! Jump to the Potato Leek Soup Recipe

How to Make Our Favorite Potato Leek Soup

I love soups with texture, so unless we are talking tomato soup, I’m usually not one for intentionally smooth soups. Most potato and leek soup recipes we’ve seen lately call for blending until it’s silky smooth. They might look pretty, but I’ll almost always take a hearty, rustic soup over silky smooth.

That’s why our potato leek soup isn’t completely blended. Instead, we leave lots of potato chunks and sliced leeks in the pot for texture and heartiness. Adam and I love this soup, and while the whole pot can easily feed four, we’ve been known to down the whole thing ourselves.

You can see from our photo that we blended about half of the soup and then left the rest. This way, the soup is creamy and thickened, but we leave plenty of potato and leek pieces in the pot for texture.

This soup is quick to prepare and keeps well in the fridge or freezer for another day. We hope you try this one; it’s one of our favorites. See our homemade potato soup for another favorite!

A Little About Leeks

Before we share the recipe, let’s chat about leeks for a minute. Leeks are members of the allium family, so they are related to garlic and onions. Leeks taste like a sweet, mellow onion. Think about a scallion or green onion and make it a bit sweeter.

The entire leek is edible, but the further up into the darker green tops you get, the tougher they are. That’s why most leek recipes (including this one) only use the light green and white parts. We leave the dark green tops for making stocks and broths.

Cleaning and chopping leeks are simple, but it’s helpful to know a few tips. Leeks are grown in sandy soil, so it is common for dirt and sand to get stuck between the layers.

The easiest way to deal with this is to remove the root end, then slice the entire leek in half lengthwise, revealing each layer and allowing you to see and rinse away the dirt and sand. Years ago, we wrote an article about cleaning leeks, so take a look for photos and tips: How to Clean Leeks.

Once you’ve cleaned and chopped your leeks, this soup comes together fast. We hope that you try it!

More of Our Favorite Soup Recipes

Our Favorite Potato and Leek Soup

We love this potato leek soup recipe with butter, leeks, potatoes, stock, and spices. This soup is so creamy and comforting. There’s no cream needed, but if you want to make this more decadent, add a little crème fraîche, sour cream, or cream to your bowl before serving.

Half of a bay leaf

Slice the leeks into half, lengthwise, and then run cold water over them, using your fingers to release any dirt stuck inside the layers.

Melt the butter in a large saucepan or Dutch oven over medium heat.

Stir in the leeks and 1/4 teaspoon of salt. Reduce the heat to medium-low, and cook, stirring frequently, until very soft but not browned, 10 to 15 minutes. If the leeks begin to brown, lower the heat a bit more.

Stir in the potatoes, stock, and 1/4 teaspoon of fresh ground pepper. Add half of a bay leaf, and then bring it to a boil. Reduce the soup to a low simmer, and cook uncovered for 10 to 15 minutes or until the potatoes are tender.

Taste the broth and season with additional salt.

Blend one-third of the soup, and then stir back into the pot. Stir in a bit more ground pepper and a pinch of nutmeg. Serve. 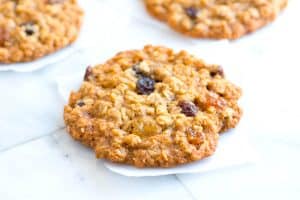 How to make oatmeal raisin cookies that are soft in the middle, a little chewy on the outside and full of warm flavors like cinnamon and vanilla. Jump… Read more 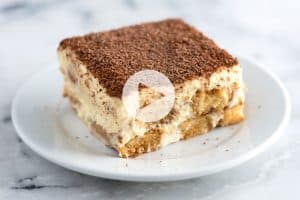 Irresistible Tiramisu with Lots of Tips

This tiramisu recipe is one of our absolute favorite desserts. Espresso soaked ladyfingers are layered with a light and airy filling made from mascarpone cheese, egg yolks and… Read more 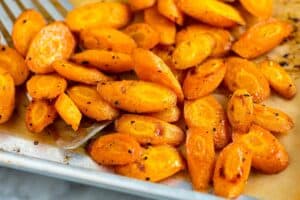 We love this easy roasted carrots recipe! We’re sharing our basic method of roasting carrots in the oven as well as how we make maple cumin carrots (it’s… Read more 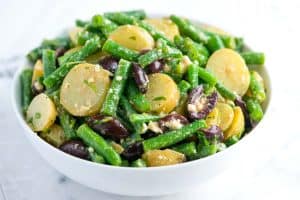 Briny Kalamata olives and a vinegary feta cheese dressing make this potato salad extra delicious. It’s perfect as a side dish. Add some chicken or shrimp and it can… Read more 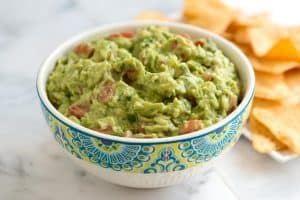 Our favorite homemade guacamole recipe! See how to make the very best guacamole at home. Our recipe is quick, simple, and fresh. Jump to the Homemade Guacamole Recipe… Read more 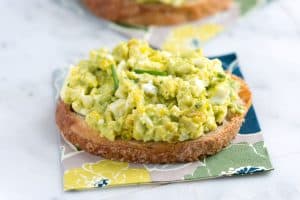