Easy sausage stuffed peppers with spinach, ricotta cheese, and tomatoes. Thanks to chicken sausage, these stuffed peppers are hearty, flavorful, and simple to make. Jump to the Easy Sausage Stuffed Peppers Recipe or read on to see our tips for making them. 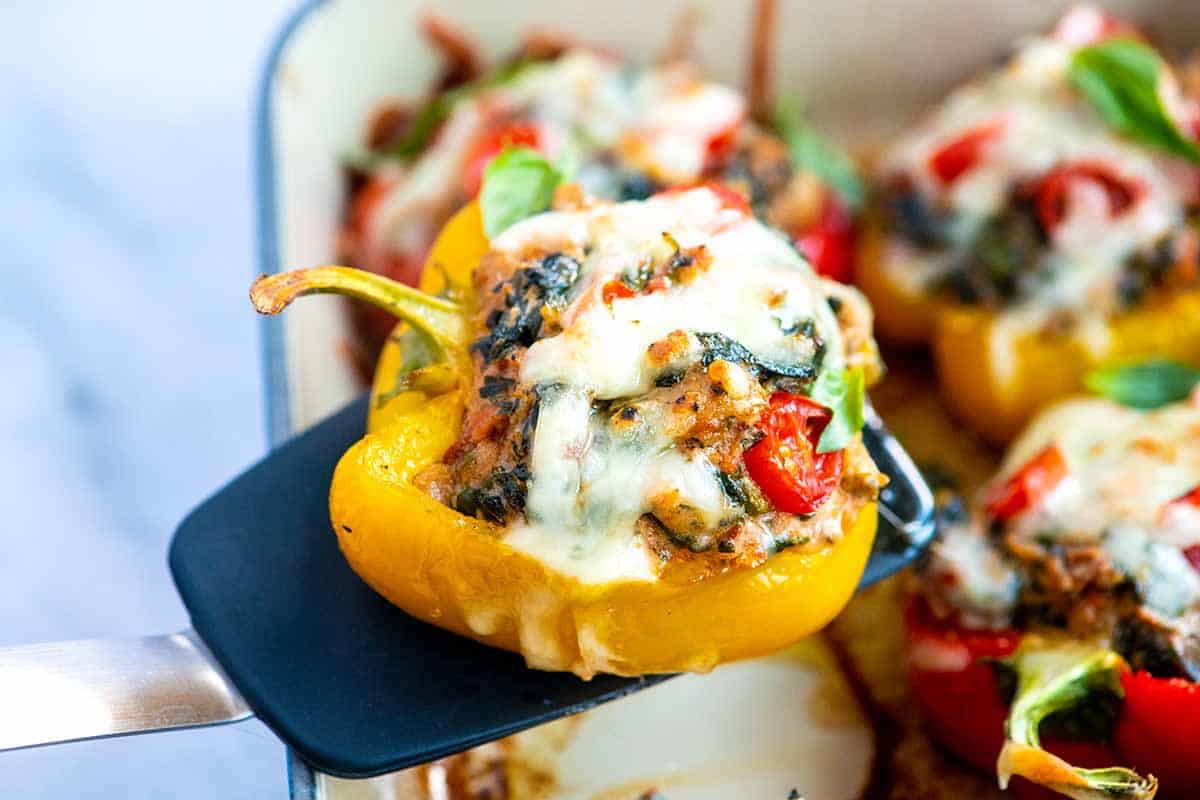 How to Make the Best Stuffed Peppers

Stuffed peppers are an excellent option for dinner. Halved bell peppers are hollowed out and filled with some of our favorite ingredients.

You can stuff peppers with just about anything — vegetables, rice, meat, and cheese being common. For these easy stuffed peppers, we fill bell pepper halves with a combination of chicken sausage, diced tomatoes, garlic, and ricotta cheese. The recipe is inspired by this sausage and spinach stuffed shells recipe. The filling is the same. 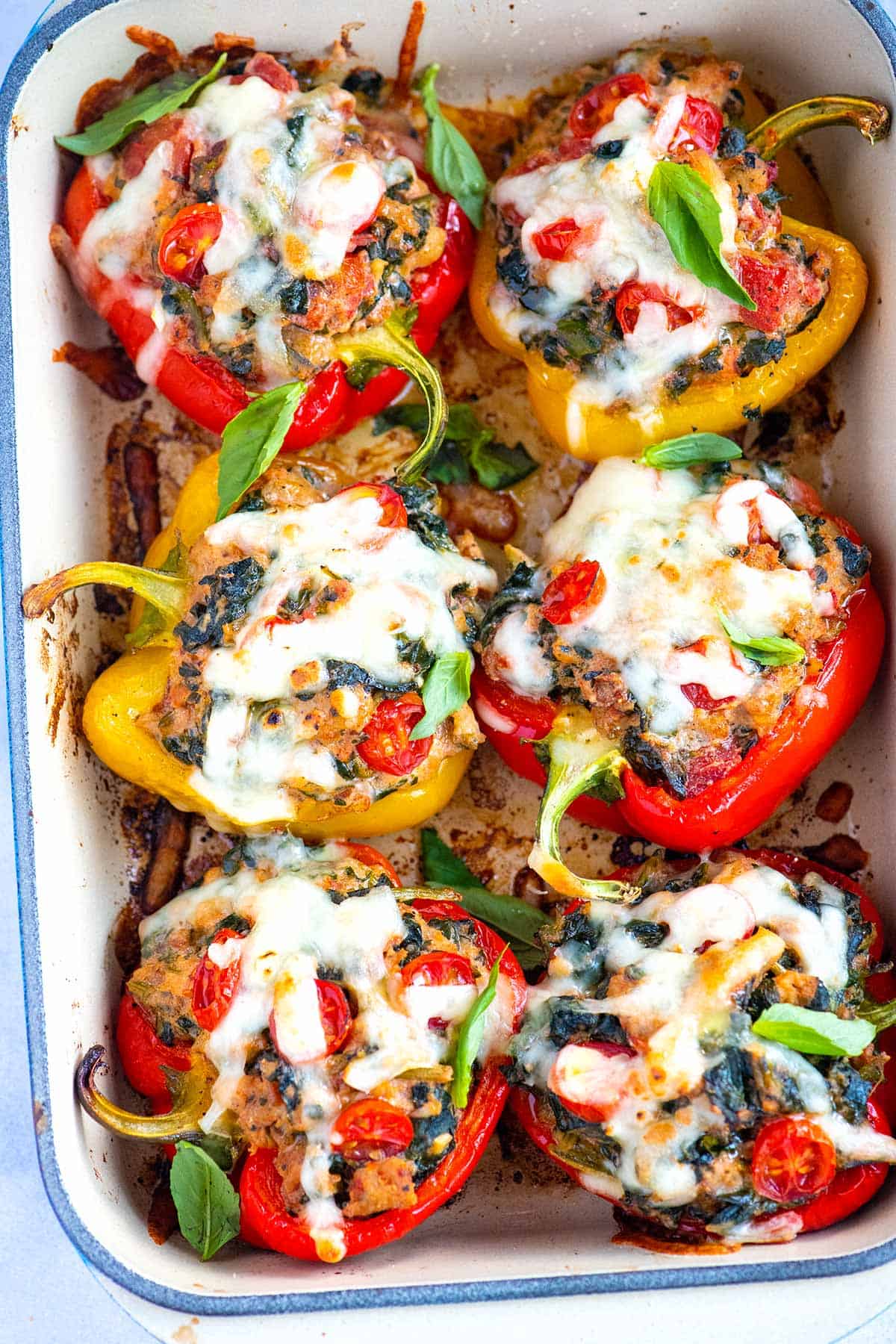 What to Add to Stuffed Peppers

To make the stuffed peppers, you will need the following: 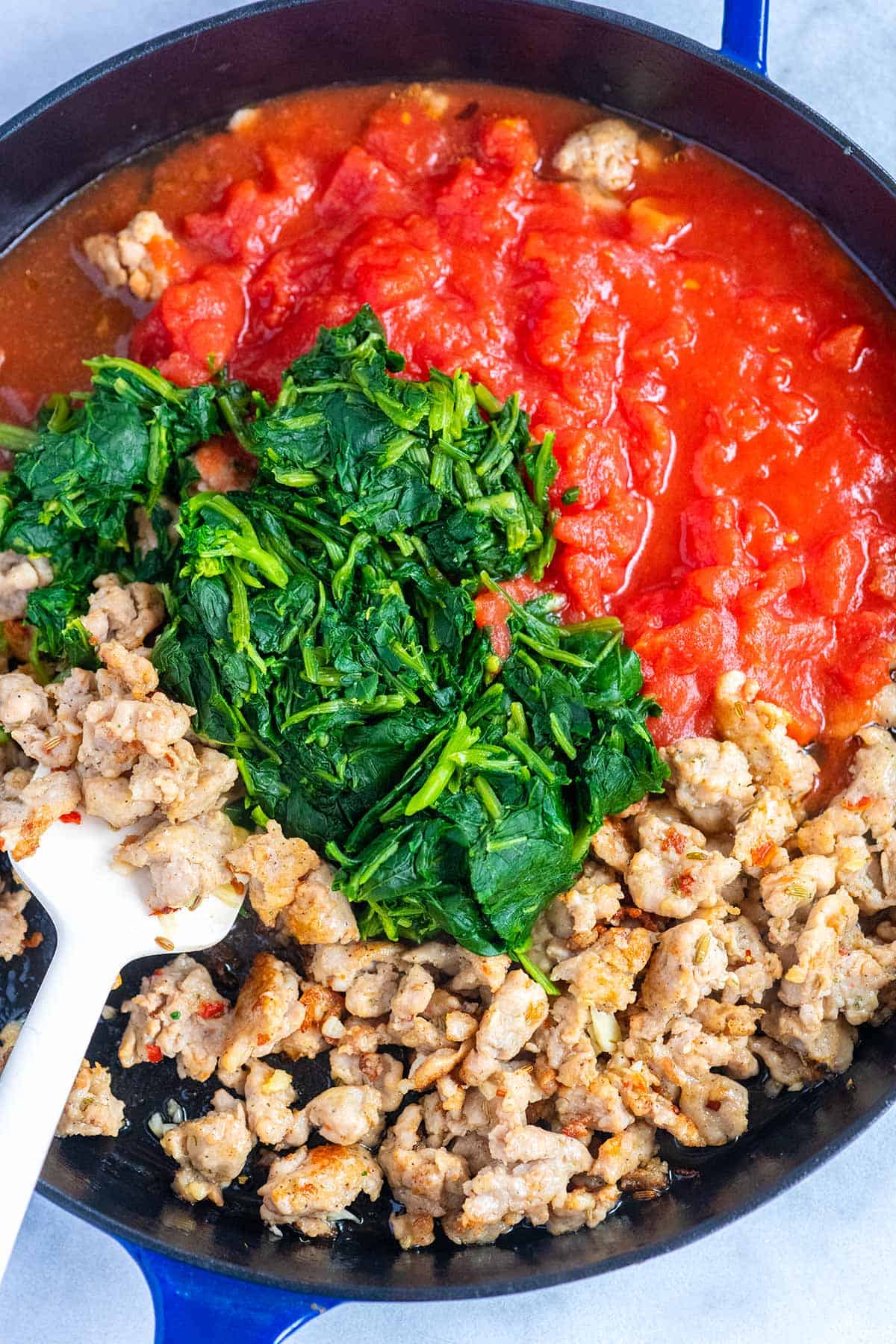 By the way, you might notice that in our photos there are some sliced cherry tomatoes. We love it when you can immediately tell what’s in the food you are about to eat, so when we have them on hand, we add a few slices to the top of the peppers. It does make them pretty, but they are not necessary. There’s also fresh basil, which is a nice touch. 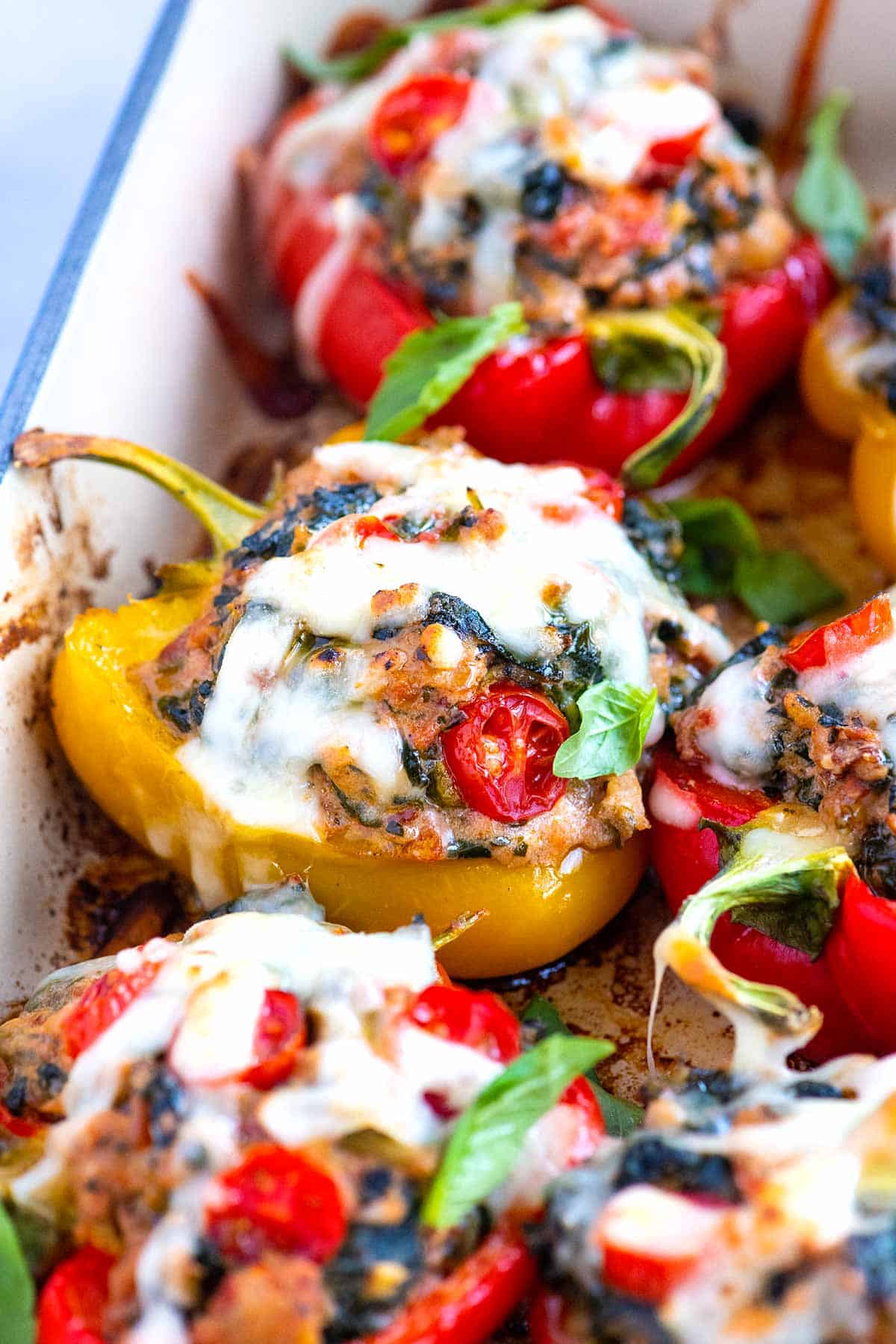 Stuffed peppers are simple to make, and you can make them in advance. Here are the basic steps (a full detailed recipe is below): 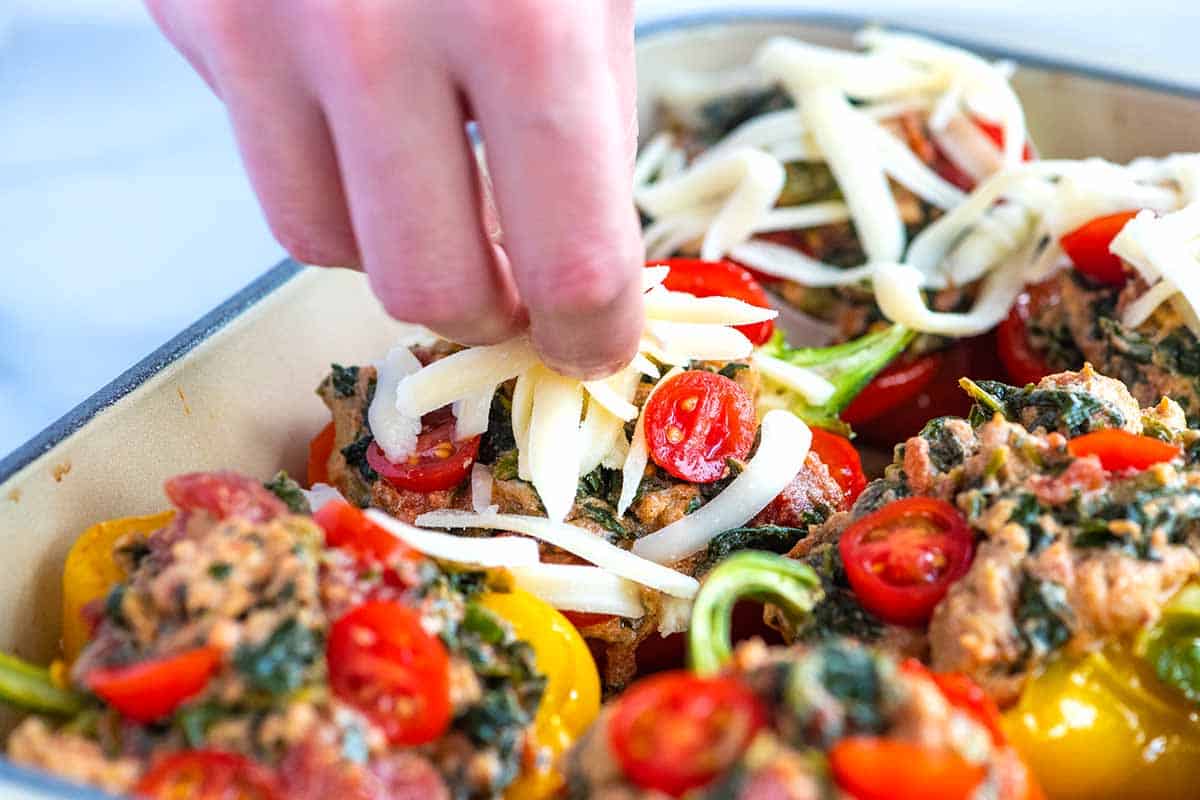 Since the filling is cooked before we add it to the peppers there are two options for making the recipe ahead of time.

Thanks to chicken sausage, these easy stuffed peppers are hearty, flavorful, and simple to make. Instead of blanching the peppers before filling them, we place them into the oven while it heats up. As the oven heats up, make the filling.

Slice the peppers in half through the stem. Scoop out the seeds and discard. Rub the pepper halves inside and out with a teaspoon of olive oil and season with salt and pepper. Place the pepper halves, cut-side-down in one layer in a baking dish. Place into the oven then heat the oven to 350 degrees Fahrenheit.

Meanwhile, heat a wide skillet over medium-high heat. Add a teaspoon or so of olive oil and the sausage and cook until browned, about 10 minutes. As the sausage cooks, use a wooden spoon to break the sausage up into small pieces in the pan.

Stir in the garlic and red pepper flakes (if using) and cook for one minute. Add the tomatoes, as well as the thawed and ringed out spinach. Cook until heated through and the liquid has reduced by half, about 2 minutes.

Remove the pan from the heat then stir in the ricotta cheese. Taste for seasoning, and then adjust with salt and pepper if needed.

Remove the baking dish with peppers from the oven. Flip the peppers then divide the filling between them (about 1/2 cup of filling per pepper half). Top peppers with mozzarella cheese then bake until the cheese melts, and the peppers are soft; about 20 minutes. 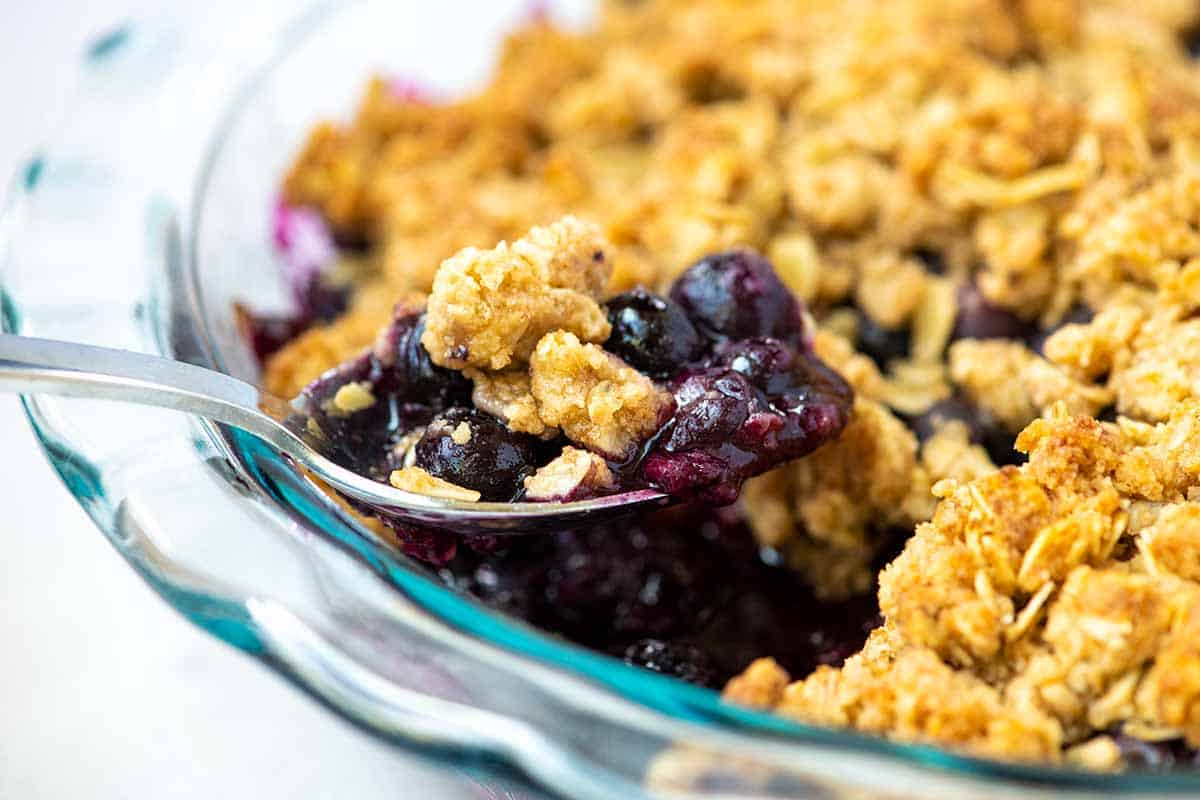 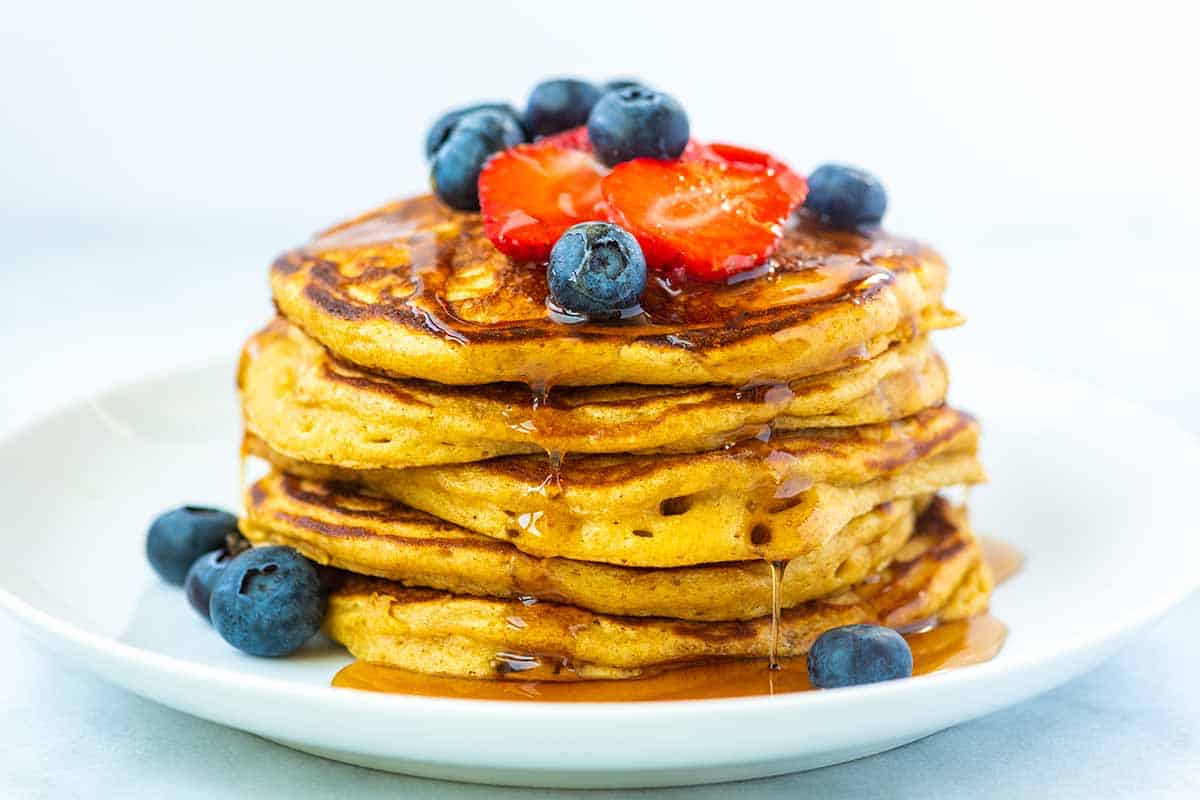 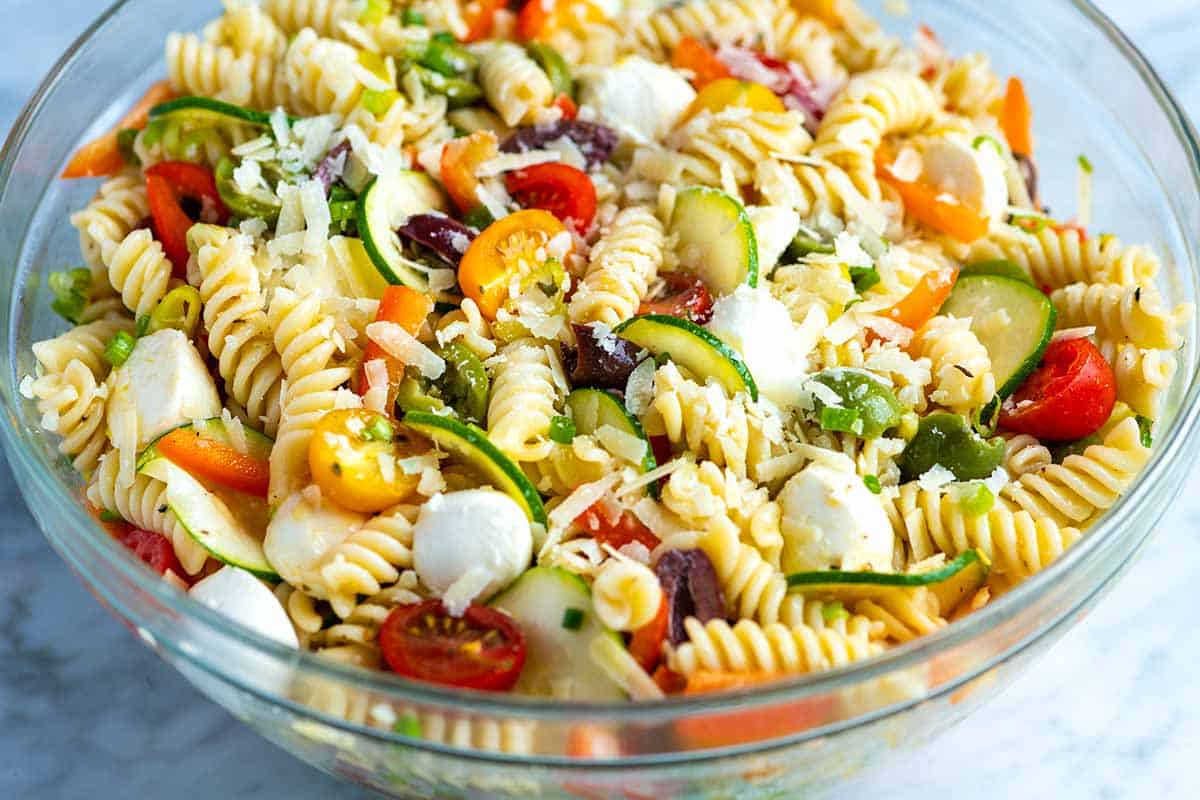 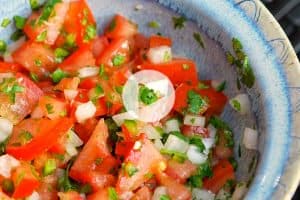 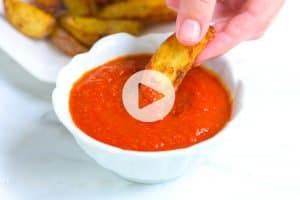 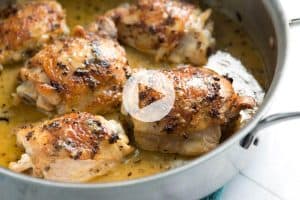 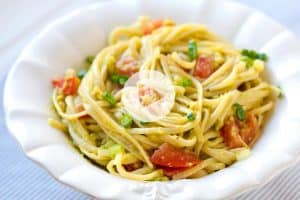 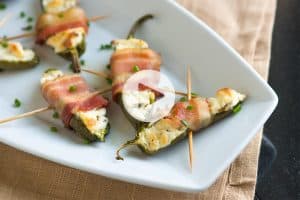 How to make easy bacon-wrapped, cheesy jalapeño poppers in the oven or on the grill. Jump to the Easy Jalapeno Poppers Recipe. Or watch our quick, straight-forward video showing… Read more 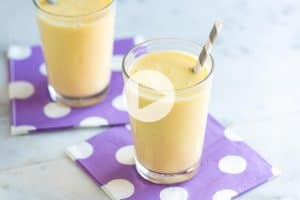 My go-to banana smoothie! You need less than five minutes to make this easy banana smoothie. Use our simple recipe on it’s own or use it as a… Read more